A fatal funnel is a situation where an armed person enters through a doorway and sees only what is directly in front of him. At the same time, he does not notice everything that is on the side, including other armed persons. The arcade game Fatal Funnel is built exactly on this idea: our agents fly into the location and neutralize the targets. Fortunately, we can notice them in advance, so we just run our fingers along the route and observe the outcome.

Problems already begin from the second level, when you need to manage two agents, drawing a path for each of them. The enemies are a little stupid, so you can provoke them and wait around the corner. Just be careful, as they still manage to shoot, and each operative “absorbs” three shots. For passing the levels, loot boxes with cards for pumping weapons are issued, which differ by levels of rarity.

Fatal Funnel developed by minidragon is already available on iOS and Android. This is a shareware project with advertising and microtransactions. 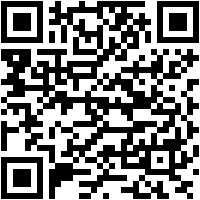