Indie developer SpaceRogueDev has announced the early launch of the space game Rogue Blast Galaxia. 2D graphics and you can move in any direction. Levels are randomly generated, during missions we have to fight off waves of different factions and aliens. To gain an advantage, you need to collect materials and craft items, for example, rockets, mines, drones, shields, turrets, and so on. If you pump the ship, you can get new skills.

New ships and equipment can be purchased at friendly stations. If you want challenges, there are three difficulty levels to choose from. The developers have added elements of “roguelikes”, so after death, you will lose items, and the progress of the zone will be reset. At the same time, ships, tokens, and skill pumping will remain intact. Faster Than Light and Everspace are highlighted as inspirations.

An early version of Rogue Blast Galaxia is already available on Android. This is a shareware project with ads. There is no information about the version for iOS yet.

Also See: NieR Re [in] carnation can be preloaded in America and a couple of other regions, released the other day 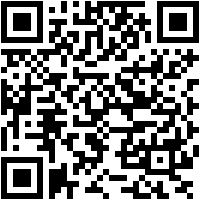